Email ThisBlogThis!Share to TwitterShare to FacebookShare to Pinterest
Labels: DAMSالسدود

﻿
Posted by Talib Murad Elam at 09:32 No comments: Links to this post

Plenty of Water, but Little to Drink- Four New Books on Water


Earth, “the blue planet,” has a lot of water. Most of the planet’s surface is covered with it. But less than 5 percent of that water is fresh, and much of that is locked up in ice sheets or inconveniently far underground. And it is not always most abundant where it is most needed.
As a result, we are drawing on underground aquifers faster than they can recharge. And the water we have is often polluted by sewage, industrial waste, parasites and other contaminants that can make “natural” water unsafe to drink.

In short, as James Salzman puts it in “Drinking Water,” one of four new books that dive into our species’ relationship with water, clean supplies have always been the exception, not the norm. As recently as 1900, he writes, 1 in 70 Americans died of a waterborne disease before age 70.
Though he ranges widely, Mr. Salzman, who teaches law and environmental studies at Duke, focuses on what one might call social justice. Access to water may be viscerally regarded as a “right,” but he points out that the best way to ensure a reliable supply of pure water, especially in poor regions, is often to privatize it.
Water management has been critical to economic, social and cultural development for thousands of years, Steven Mithen tells us in “Thirst.” An archaeologist at the University of Reading in England, Dr. Mithen covers a vast portion of the ancient world: water storage in ancient Sumeria, the terra cotta pipes of classical Athens and the aqueducts of Rome, the “hydraulic city” of Angkor Wat in Cambodia, the water-allocation policies of the Maya.
His tone is academic and at times highly technical, but he builds to a striking conclusion. Though we may think that the rise of complex social and economic networks enabled ancient cultures to manage their water, the reverse may well be true: only when a society had reliable access to water could it turn itself into an economic or cultural power.
If some ancient empires acquired their water by conquest, so, in its way, did a much later empire: New York City. In “Empire of Water,” David Soll describes how the city transformed its notoriously unsanitary water system in the early 20th century by buying up watersheds in the Catskill Mountains and building a large network of reservoirs, pipes, tanks, sampling stations and other devices that delivers a billion gallons a day of excellent water into the city’s homes and businesses.


For Dr. Soll, a historian who focuses on water issues in his work at the University of Wisconsin-Eau Claire, this past is fraught with political deal making, hubris, unintended consequences and government overreach. But in the end, “the willingness of Catskill residents and city officials to embark on the world’s most expensive and ambitious watershed management program after almost a century of bitter conflict” offers hope that the goals of sensible water management and environmental progress “are not as elusive as they may seem.” As for waste, a first step in avoiding it is to recognize how much water we use each day, counting not just water for flushing, bathing, washing and watering the lawn, but also the water use embedded in the food we eat, the products we buy and the electricity that powers our lives.
How much is that? A lot, according to Wendy J. Pabich’s “Taking On Water.”
Dr. Pabich, an environmental scientist and water activist who lives in a dry region of Idaho, says the average American uses 100 times as much water as, say, the typical Mozambican — a level of waste brought home to her when she realized she and her husband were using thousands of gallons each month to irrigate their garden.
Her book recounts their effort to cut back their water habit, by a lot. Along the way, she discovers how much water is lost to leakage in the United States — a trillion gallons a year — and how low its price is related to its value and growing scarcity.
At times Dr. Pabich’s environmental correctness can be wearying. And her suggestions for reducing water use are mostly self-evident: fix leaks, install low-flow toilets and water-miser washers, turn off the shower while you lather, and so on.
But she also supplies a chart detailing the “water footprint” of various commodities. For example, it takes 22.8 gallons of water to produce, package and ship a single egg. A pound of beef requires 183 gallons. By contrast, strawberries come in at 3.6 gallons per cup, and it takes only 1.3 gallons of water to produce a tomato.
The results of her experiment are both gratifying and alarming. She and her husband did cut their water use in half, but that took them only to the level that residents of places like Japan or Poland routinely achieve.
Perhaps, she and others write, people would think more about water if it were priced differently. Cheap water may reflect a widespread view that access to clean water is a natural right that everyone, rich or poor, should enjoy.
Is that the approach most likely to bring clean water to the most people? Maybe not. “Clean water is no longer a free gift of nature,” Dr. Soll writes. It is “a shared resource that can be preserved only through judicious investments and active engagement.”
Posted by Talib Murad Elam at 23:06 No comments: Links to this post

Email ThisBlogThis!Share to TwitterShare to FacebookShare to Pinterest
Labels: PUBLICATINSمطبوعات 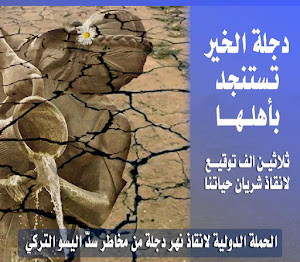 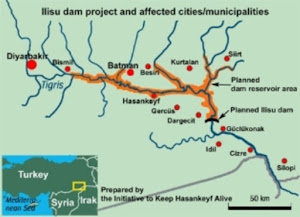 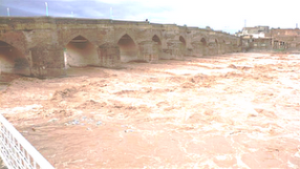 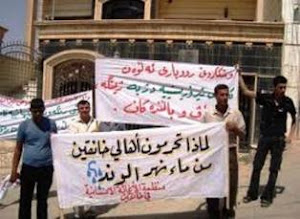 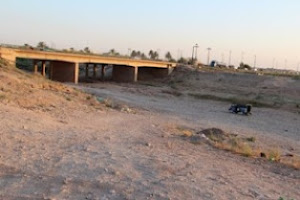 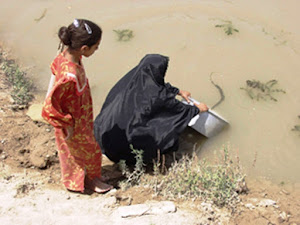 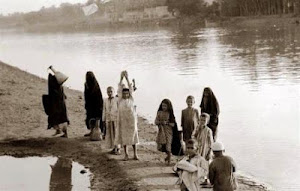 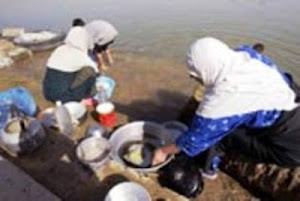 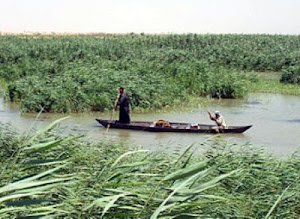 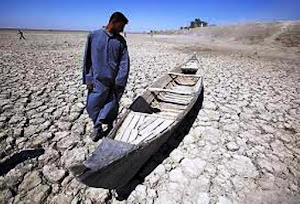 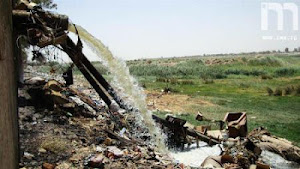 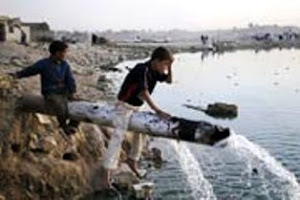 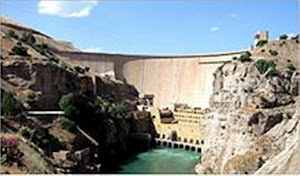